Those of you who were able to join us last weekend for Sculpture on the Peninsula sure had a treat. A weekend full of delicious sunshine was just what we needed for a successful event, and you turned up in your thousands.

How successful, you ask? Our hardworking accountant (another volunteer) is flat tack paying invoices and doing sums, and we are on track to announce the size of the donation to Cholmondeley Children’s Centre before Christmas. Suffice to say, we are feeling very happy.

An enormous thank you to the more than 300 volunteers who helped out at Sculpture on the Peninsula this year. Whether setting up or packing down, parking cars or rolling ice creams, making pizzas and cups of tea, our event ran so smoothly because of the generosity of so many of you. Your time is valuable and we deeply appreciate you sharing it for such a great cause.

Sculpture on the Peninsula award winners 2019

In a first for this event, Chief Judge Jenny Harper chose two works to share the $10,000 Sculpture on the Peninsula prize this year.

Jenny Harper described both works as site-specific sculptural pieces, and certainly not traditional works made for a corporate office foyer.

Susan Higgs’ ceramic piece, Unaccounted for… comprised 40 beautifully crafted faces on bases placed on the ground. They were not placed simply, but through the forest floor in a sequence.

“This was an impressive line-up and will be broken up and sold separately after the event. We must enjoy it here and now. But who are these people? Are they refugees?” said Jenny Harper when announcing Susan Higgs as one of the winners. 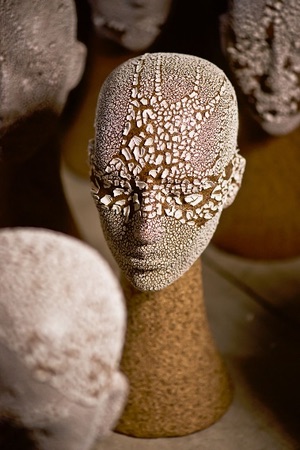 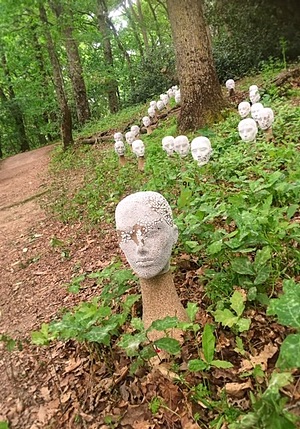 The other winning piece was by local Lyttelton artist Trent Hiles. Labour of Life (The Art of Work) was made onsite with members of the public able to join the artist in digging the burial place for his carved wooden pieces, wrapped in woven flax.

For three days, eight hours each day, Trent prepared the ground for the burial of three taonga mahi - treasured items, sculpted from rākau rangatira: Mātai, Tōtara, and Pōhutukawa. Finally, on the Sunday the excavation ceased and each of the works - tīrau, kakauroa, kō - were acknowledged as they were returned to te whenua and buried.

In describing the work, Jenny Harper said that it was intellectually rigorous and probably a bit baffling. “But I liked it — and its links to American land art, as well as the traditions of the tangata whenua,” she said.

Listen to Trent Hiles discussing his work on Radio NZ’s Standing Room Only, and read more about Trent’s work.

Whatever are you two boys doing? she wanted to know.
We’ve been working Mrs. Parker, I said.
Yes, she said, but what are you digging that hole for?
You see dear, Jack said, some people say they don’t like work,
but what would we ever have if we didn’t work? 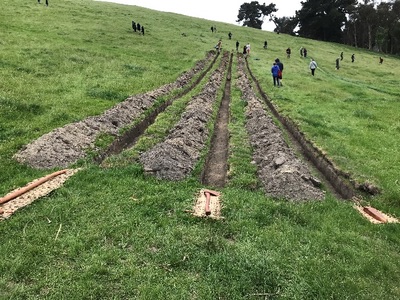 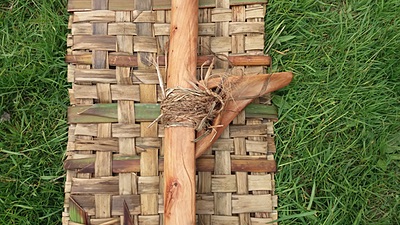 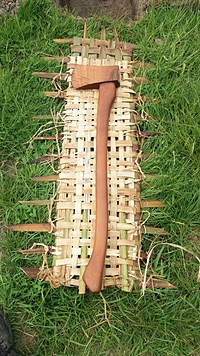 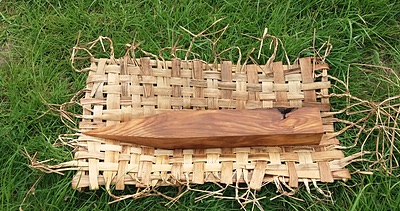 Congratulations to Gary Baynes, winner of the $1500 NZ artbroker People’s Choice award for his kinetic sculpture “Untitled”. From more than 4500 votes received, and works from 77 artists, Gary’s work was a clear favourite. 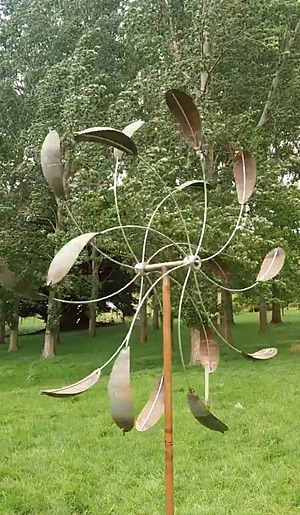 Watch this space – we’ll be back in touch real soon to announce the total fundraised for Cholmondeley Children’s Centre.